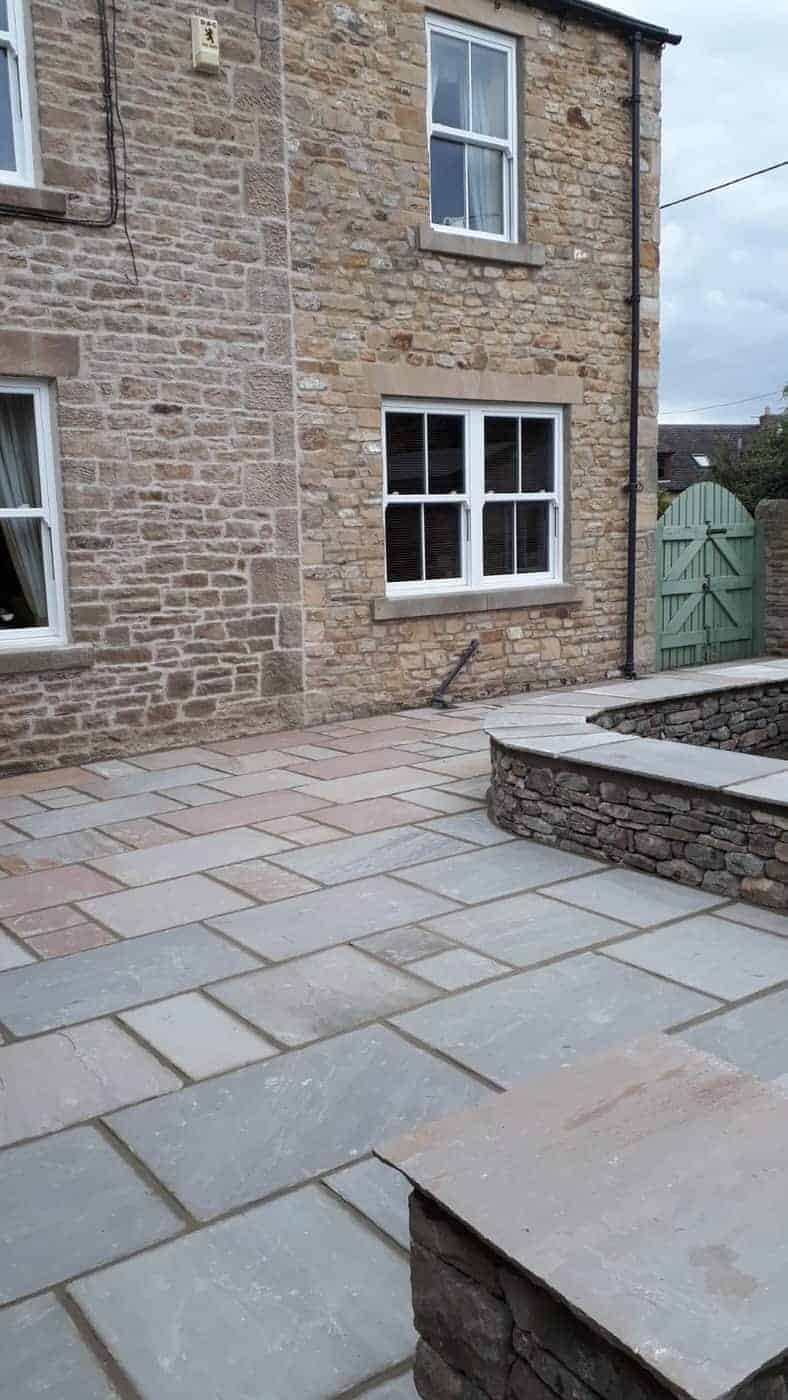 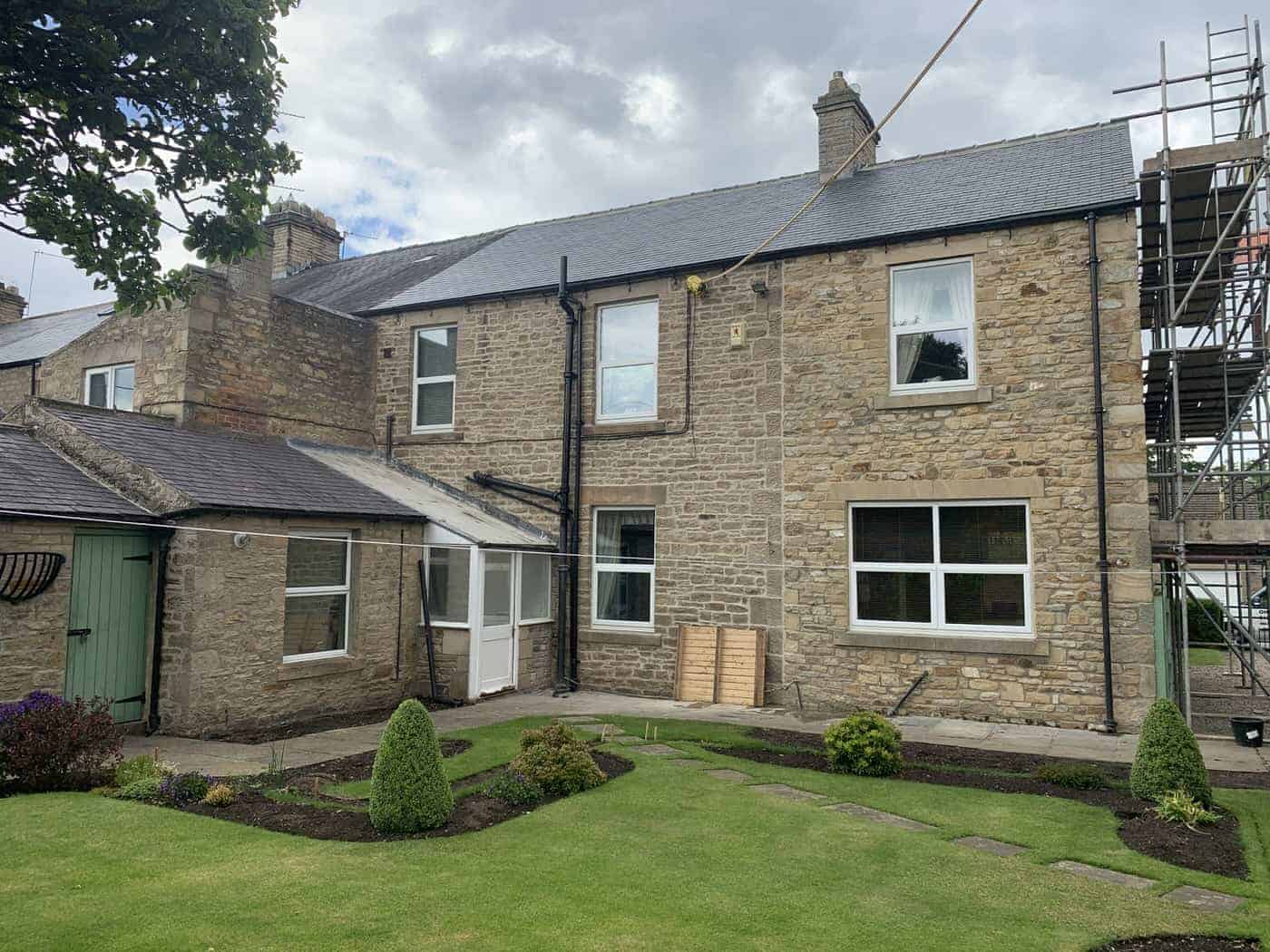 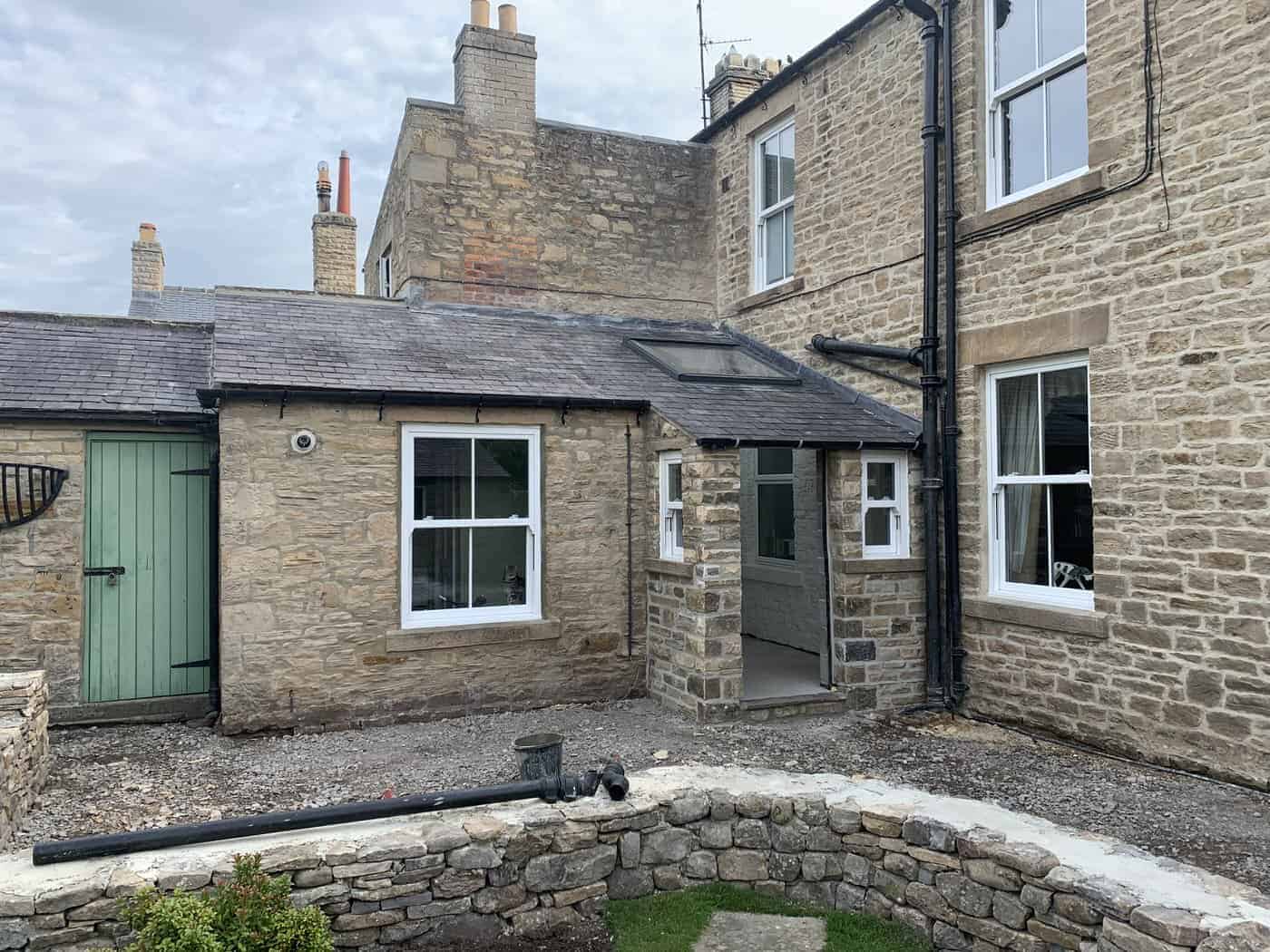 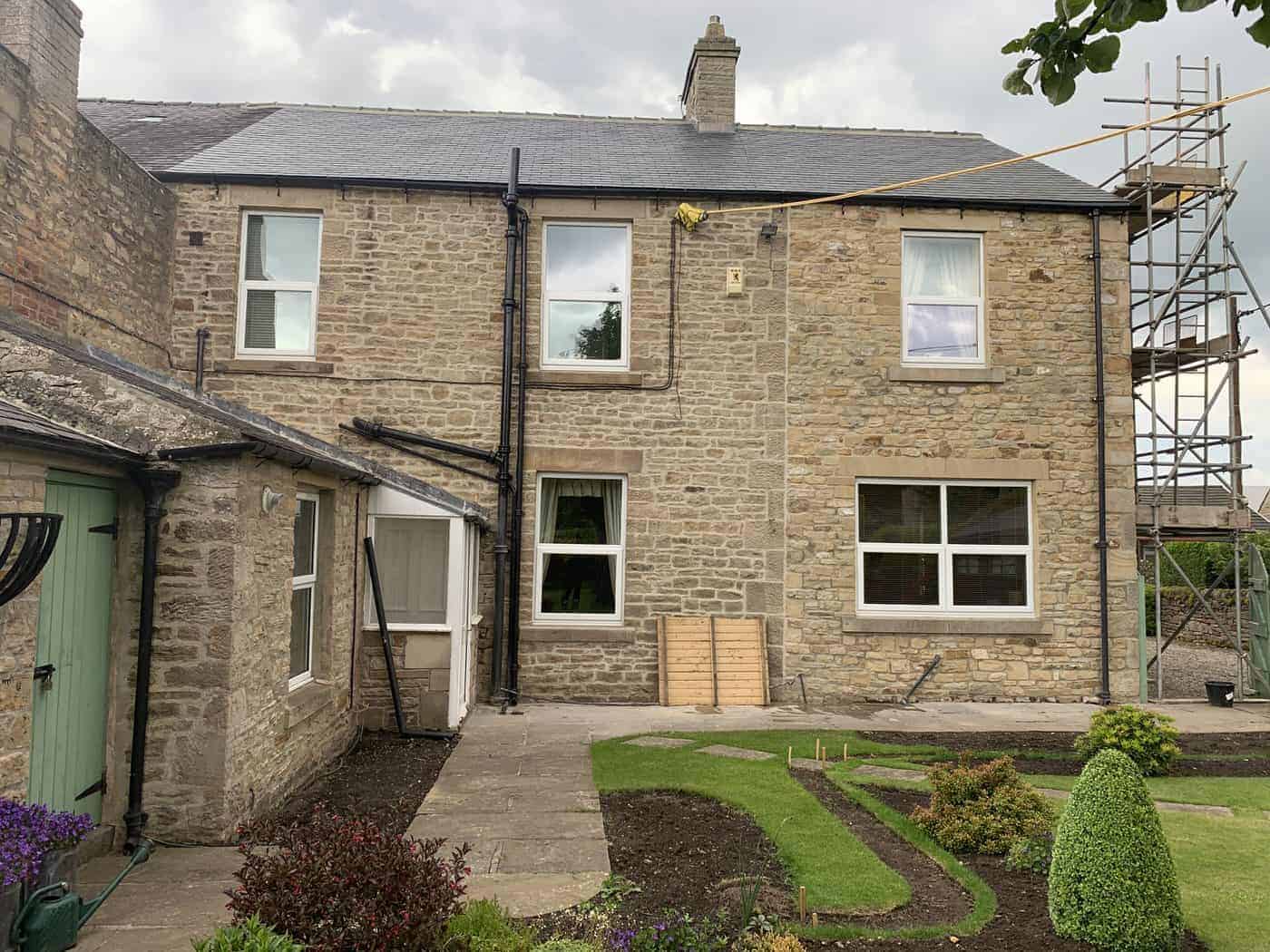 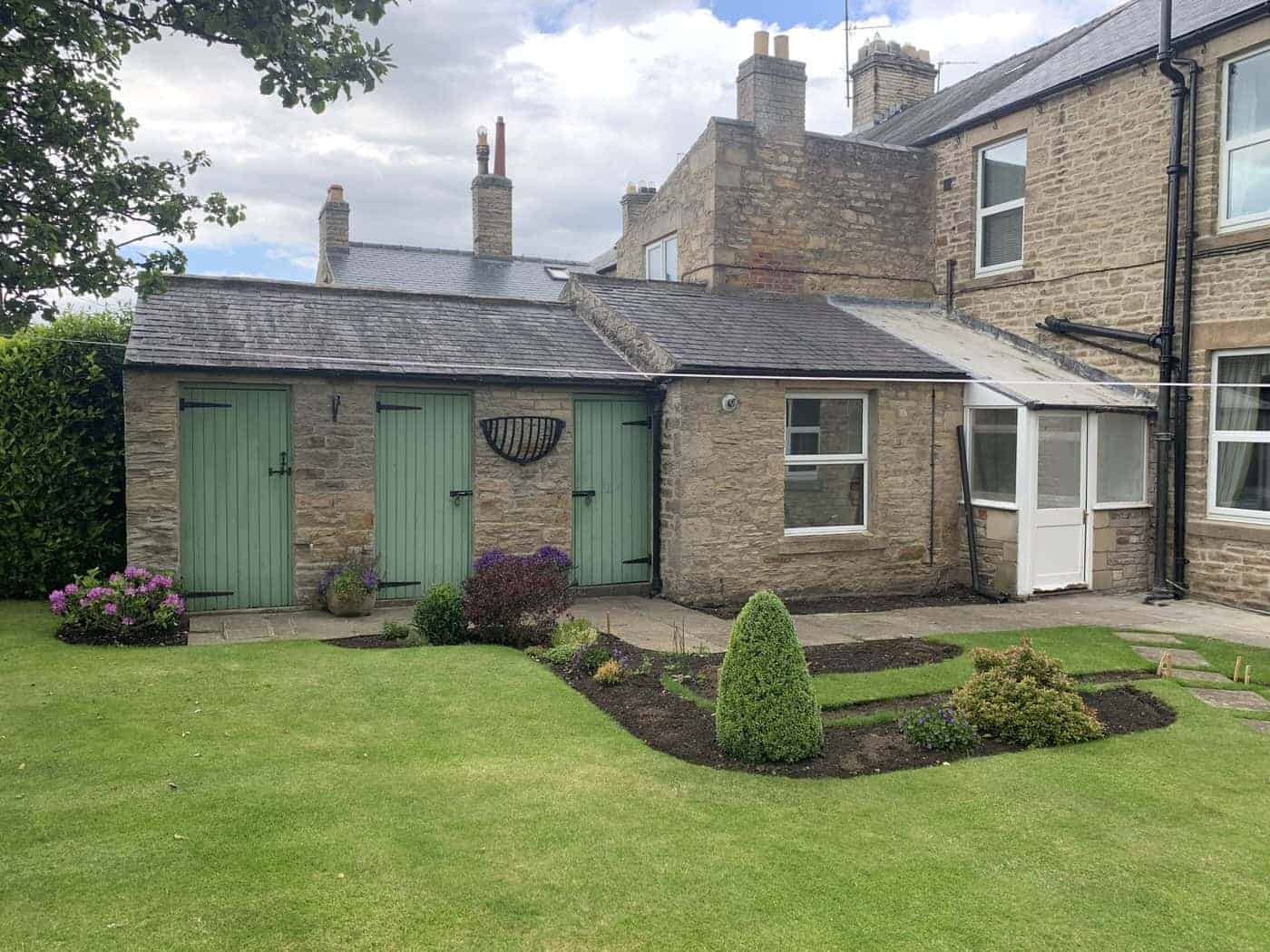 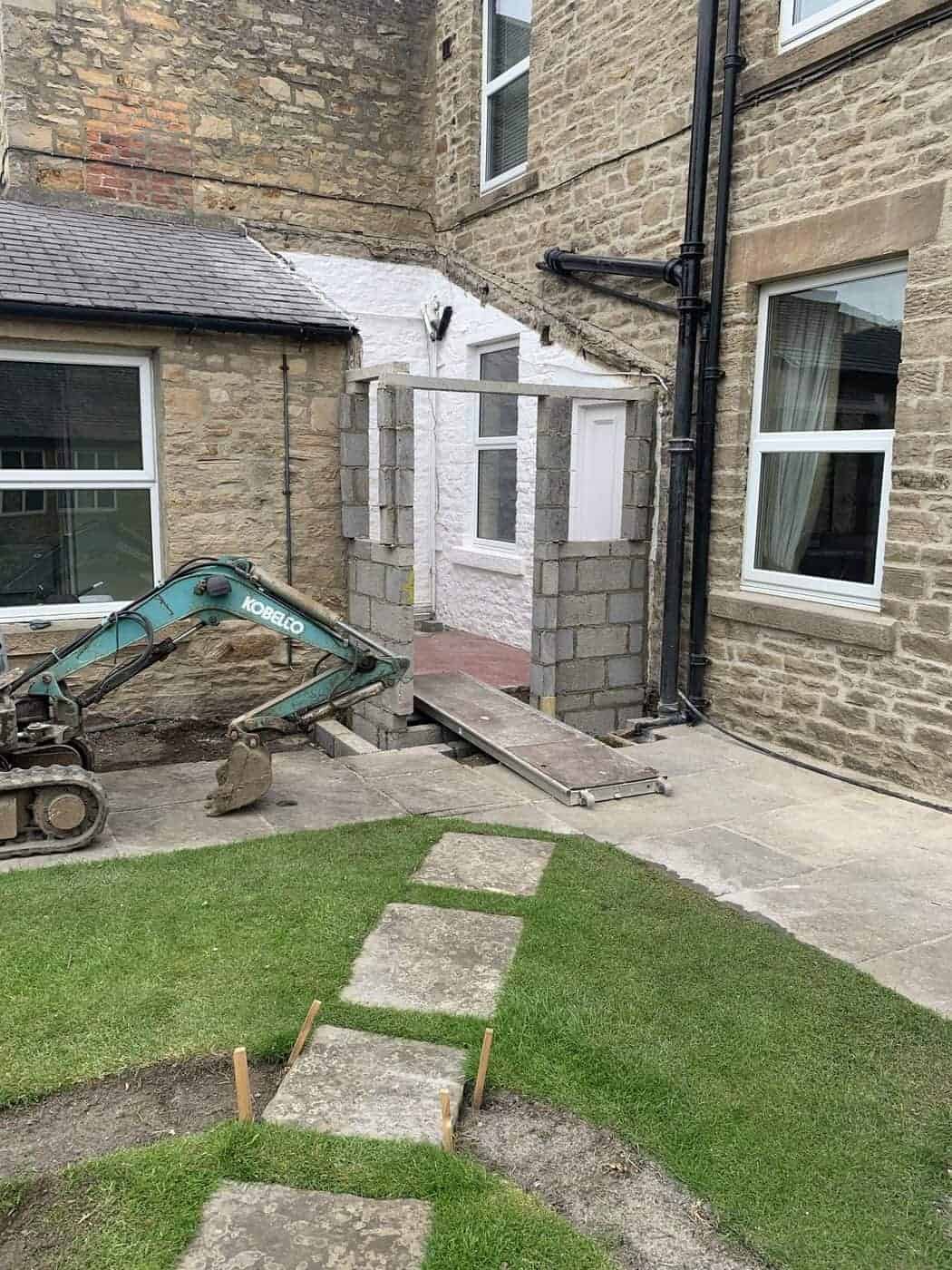 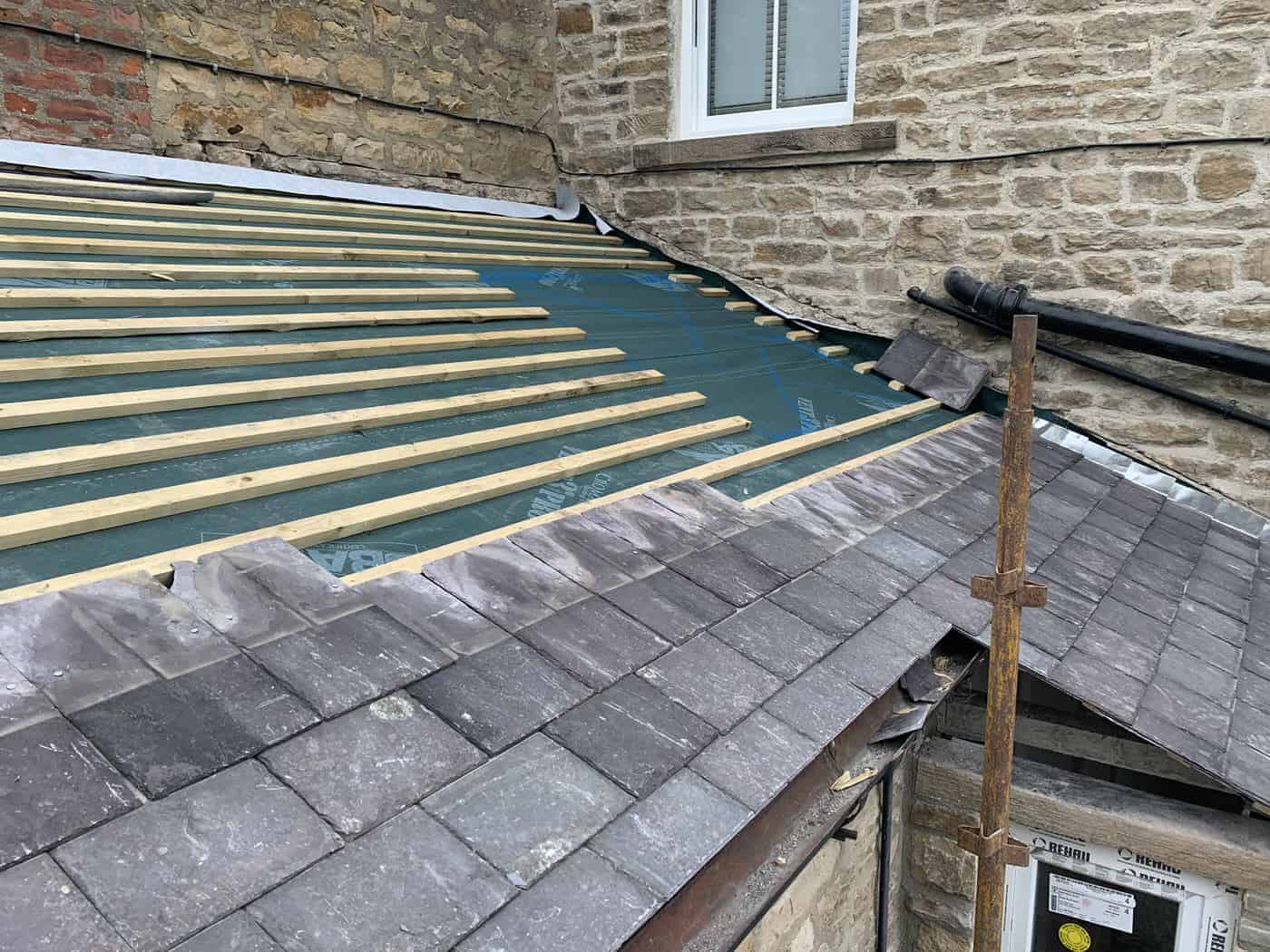 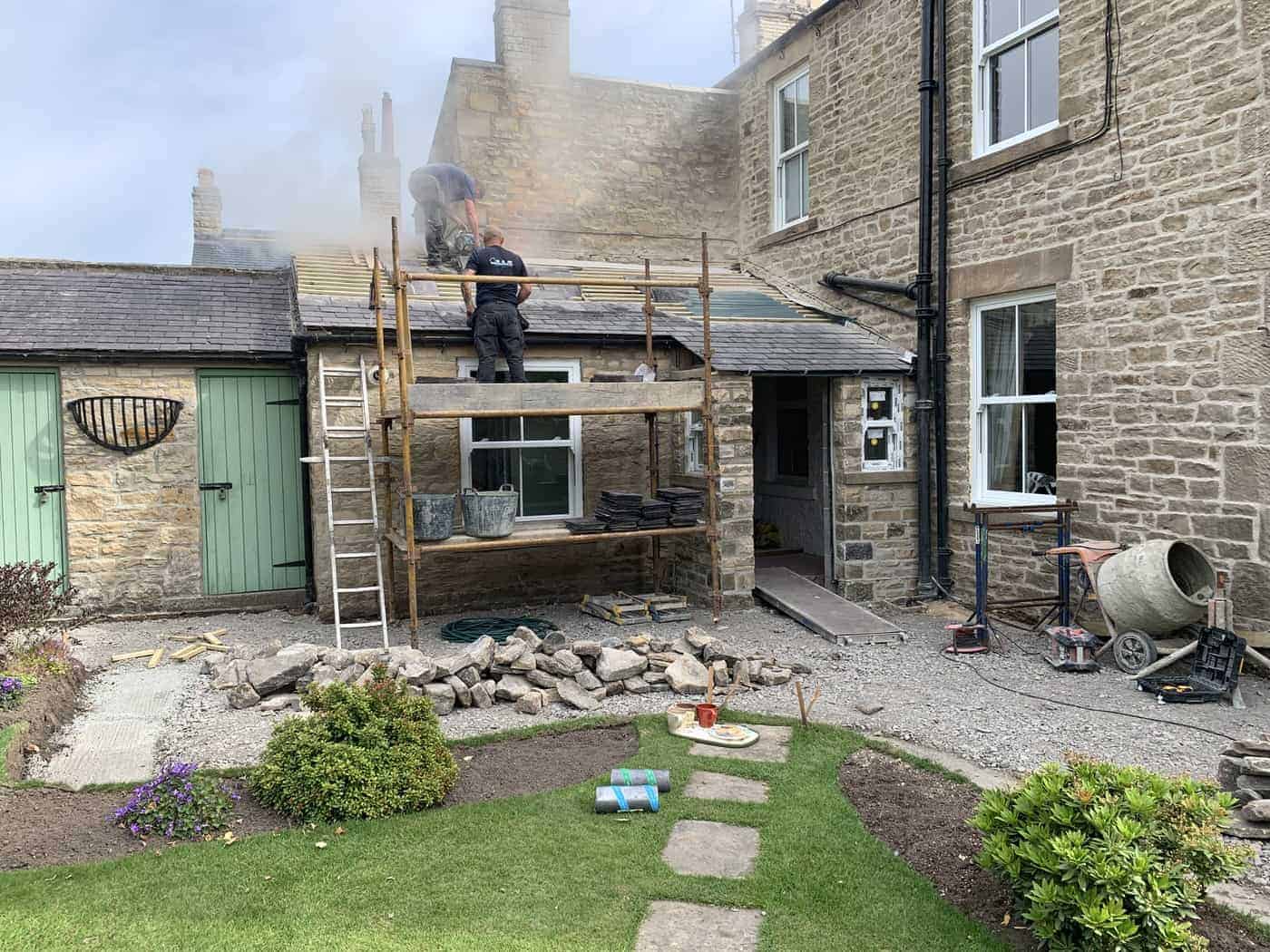 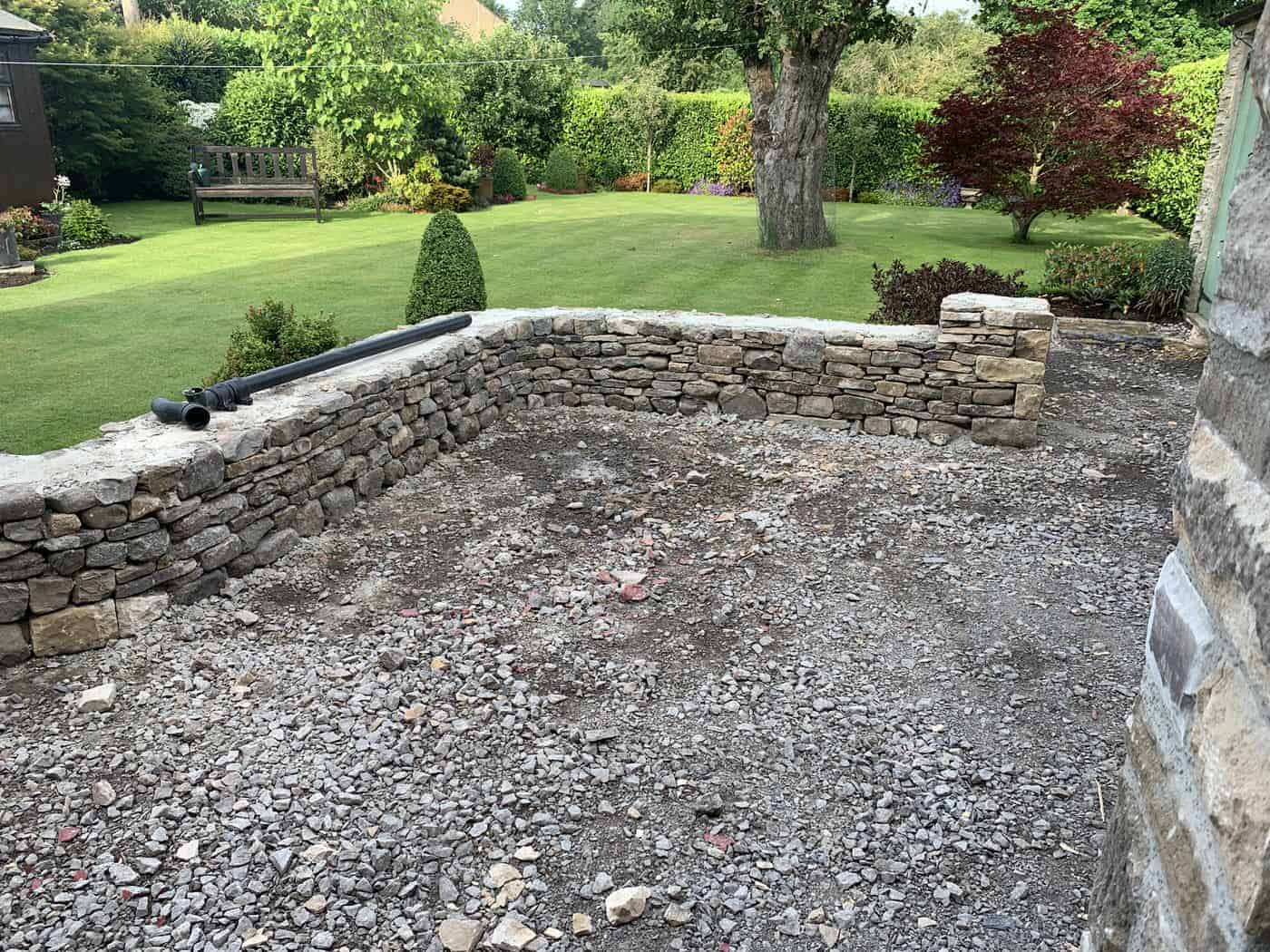 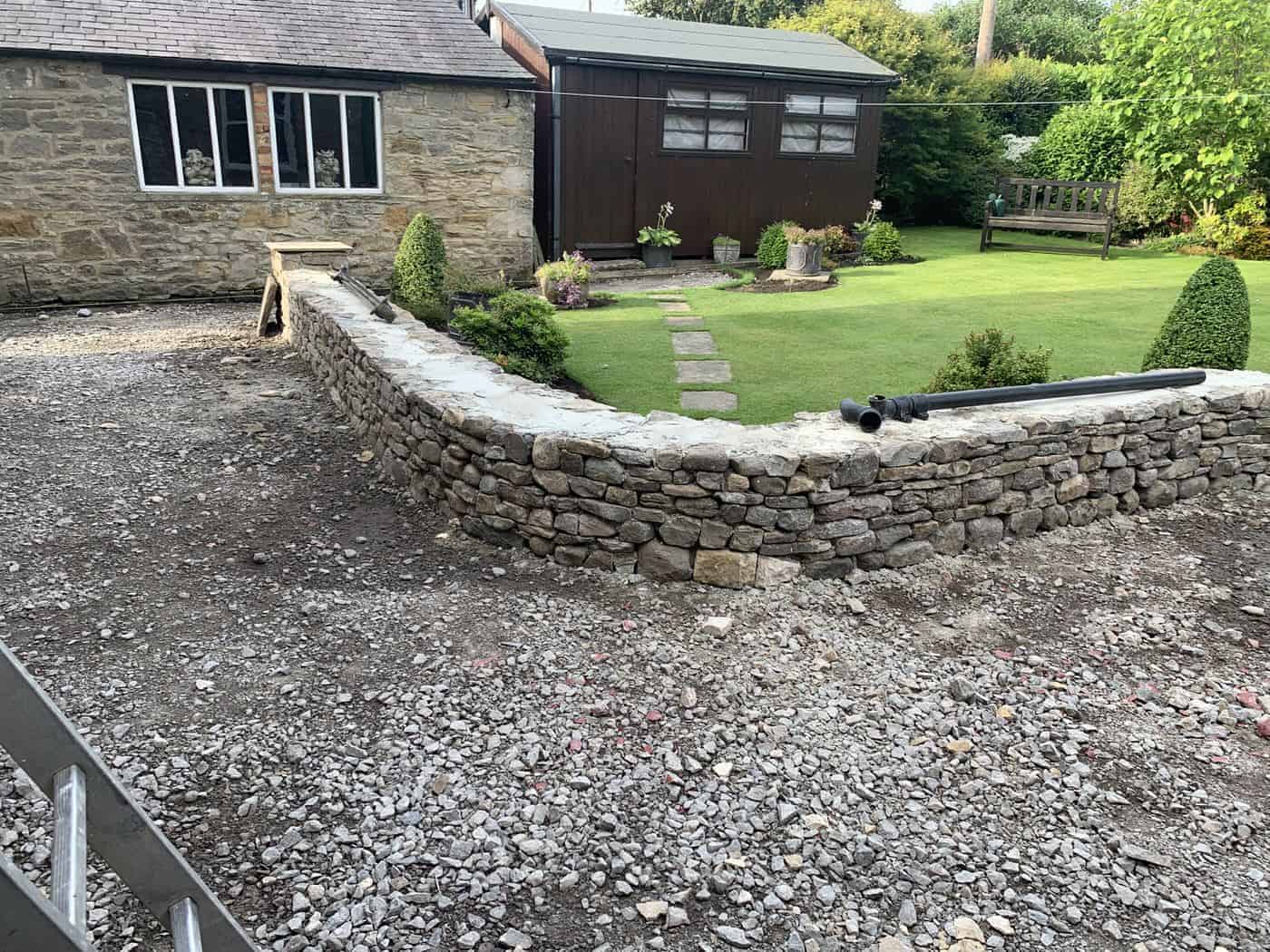 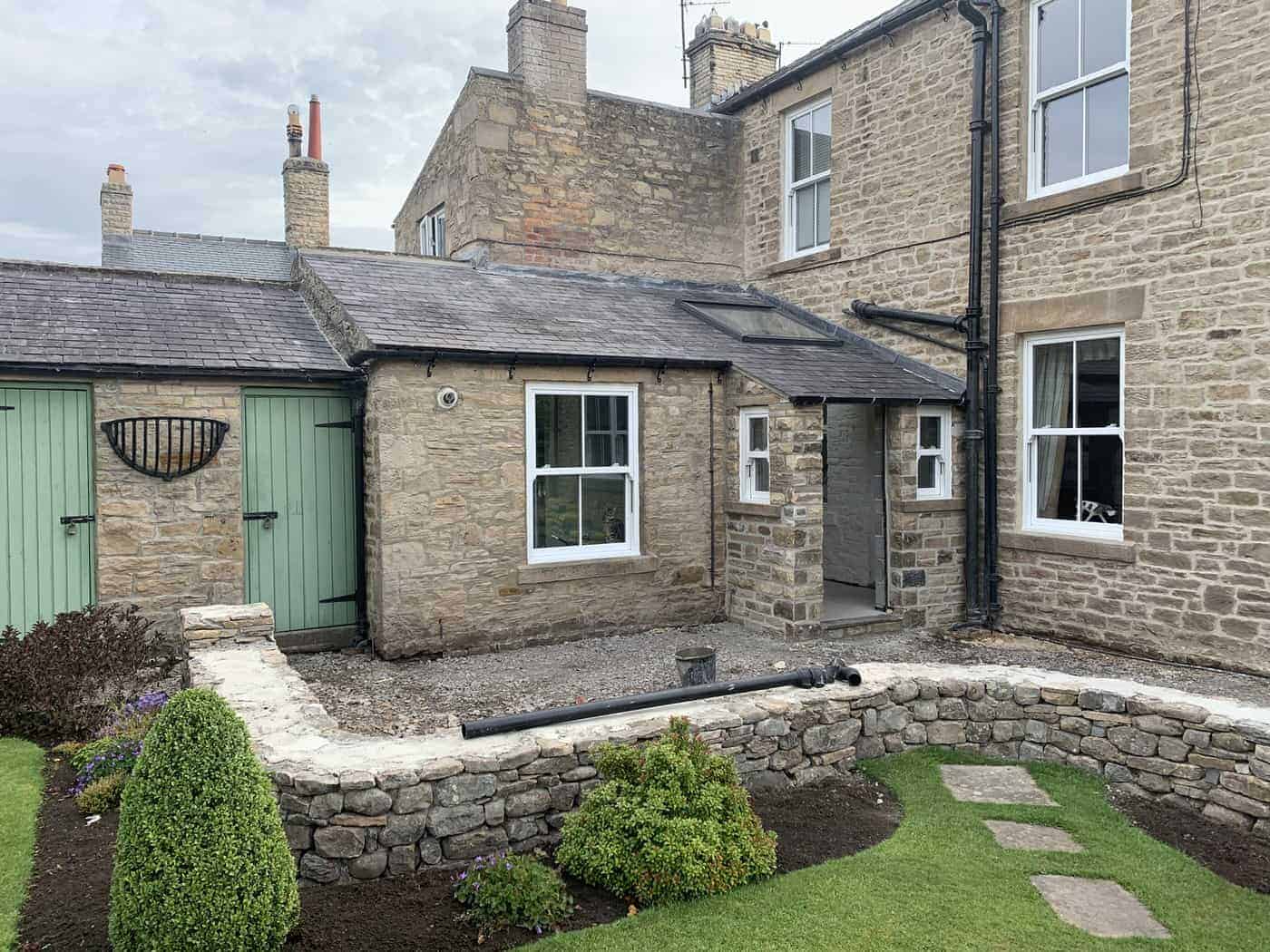 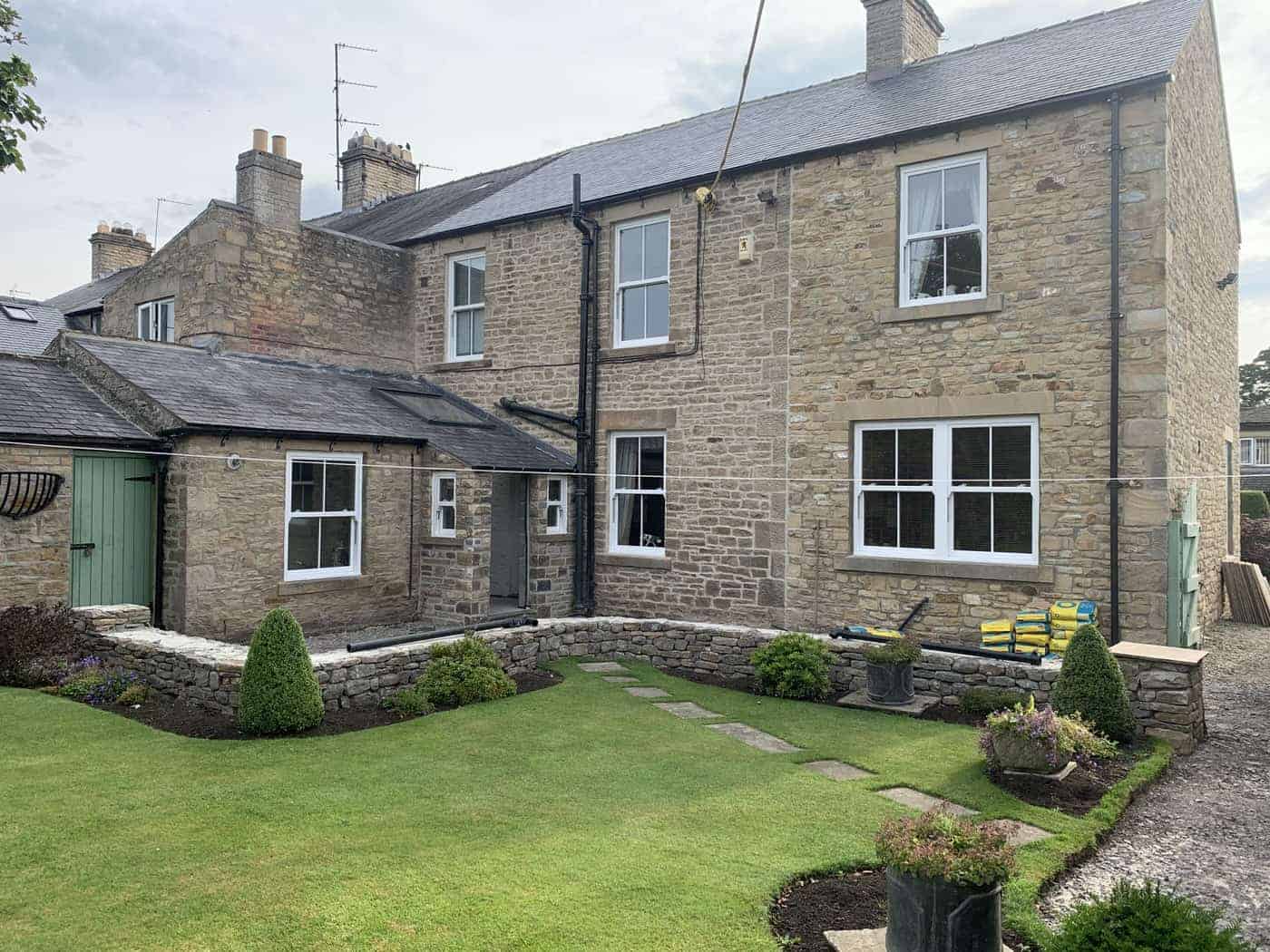 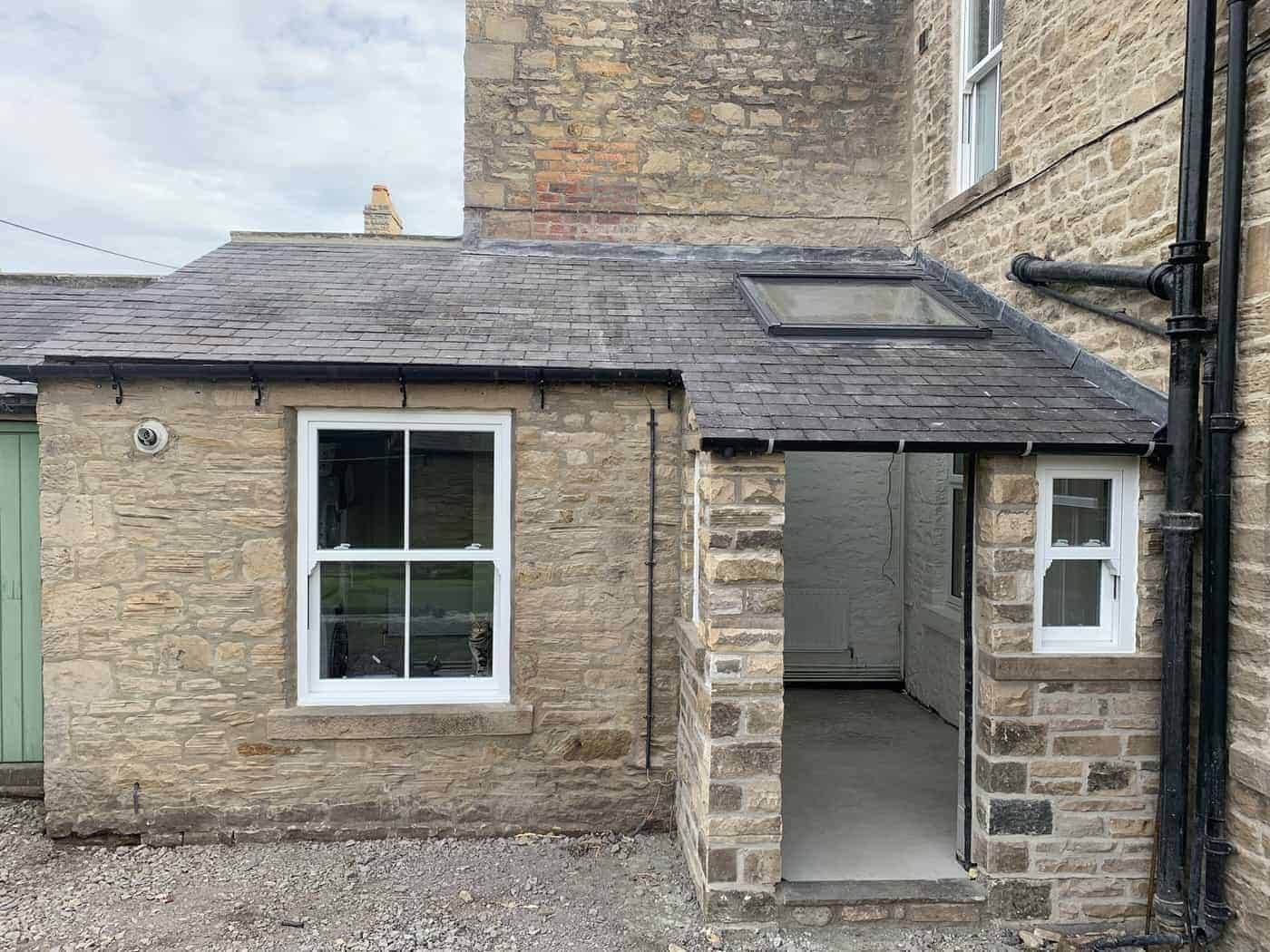 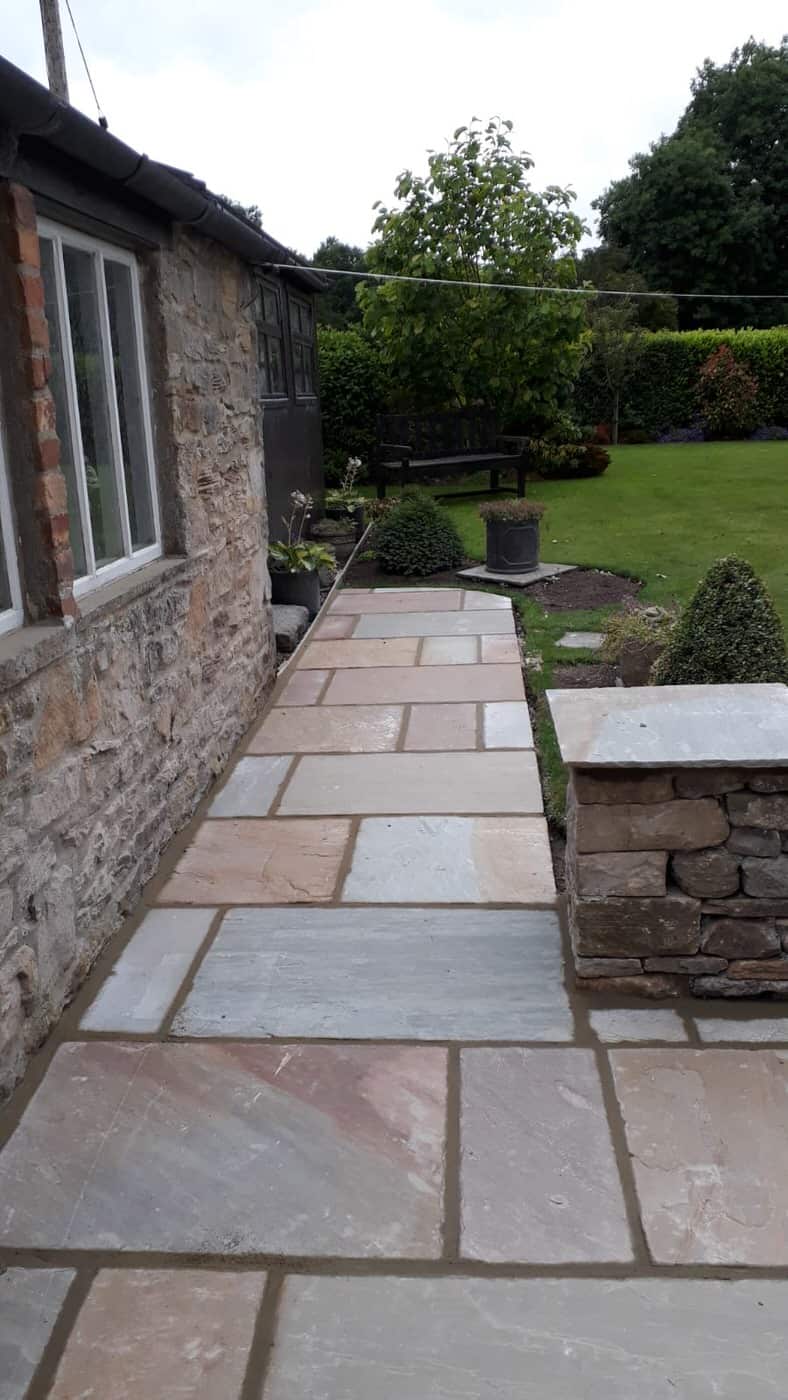 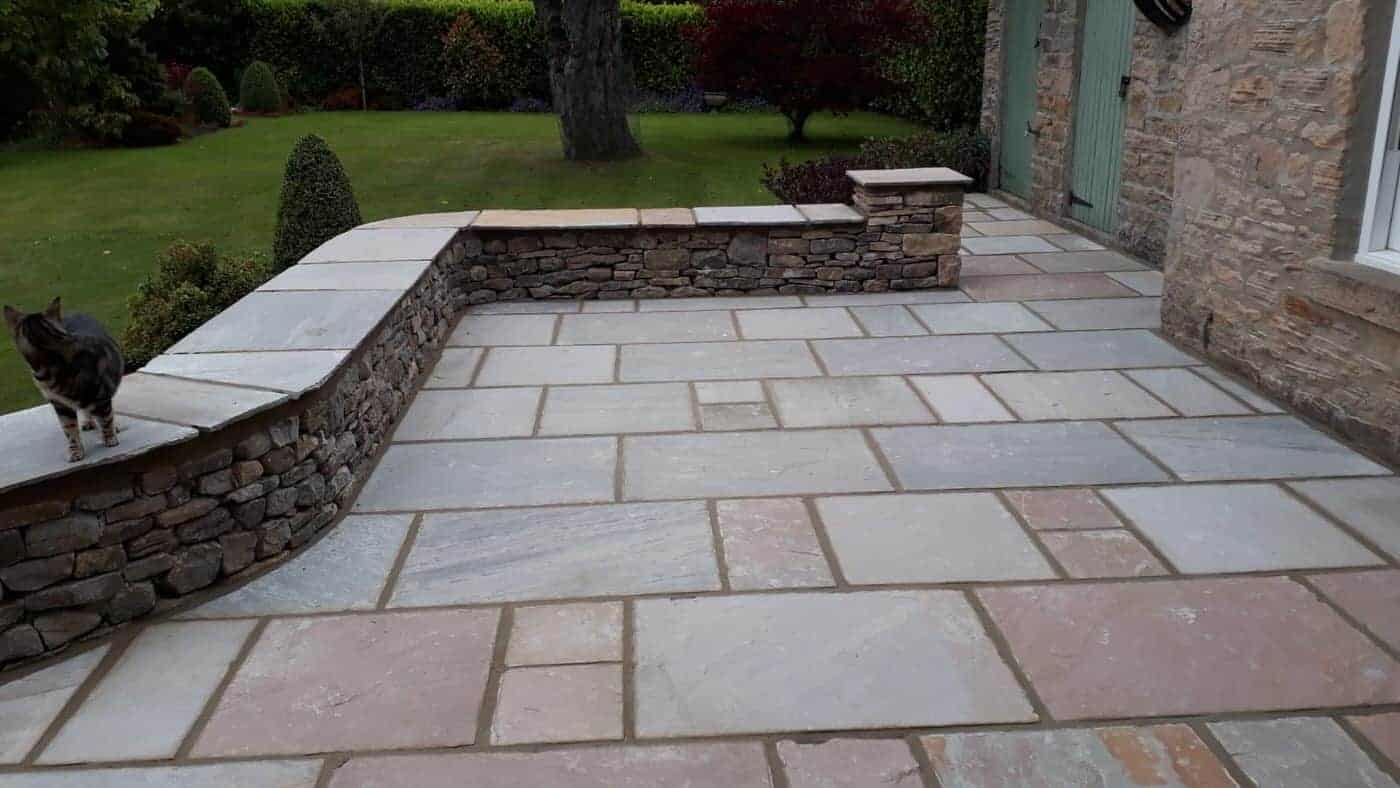 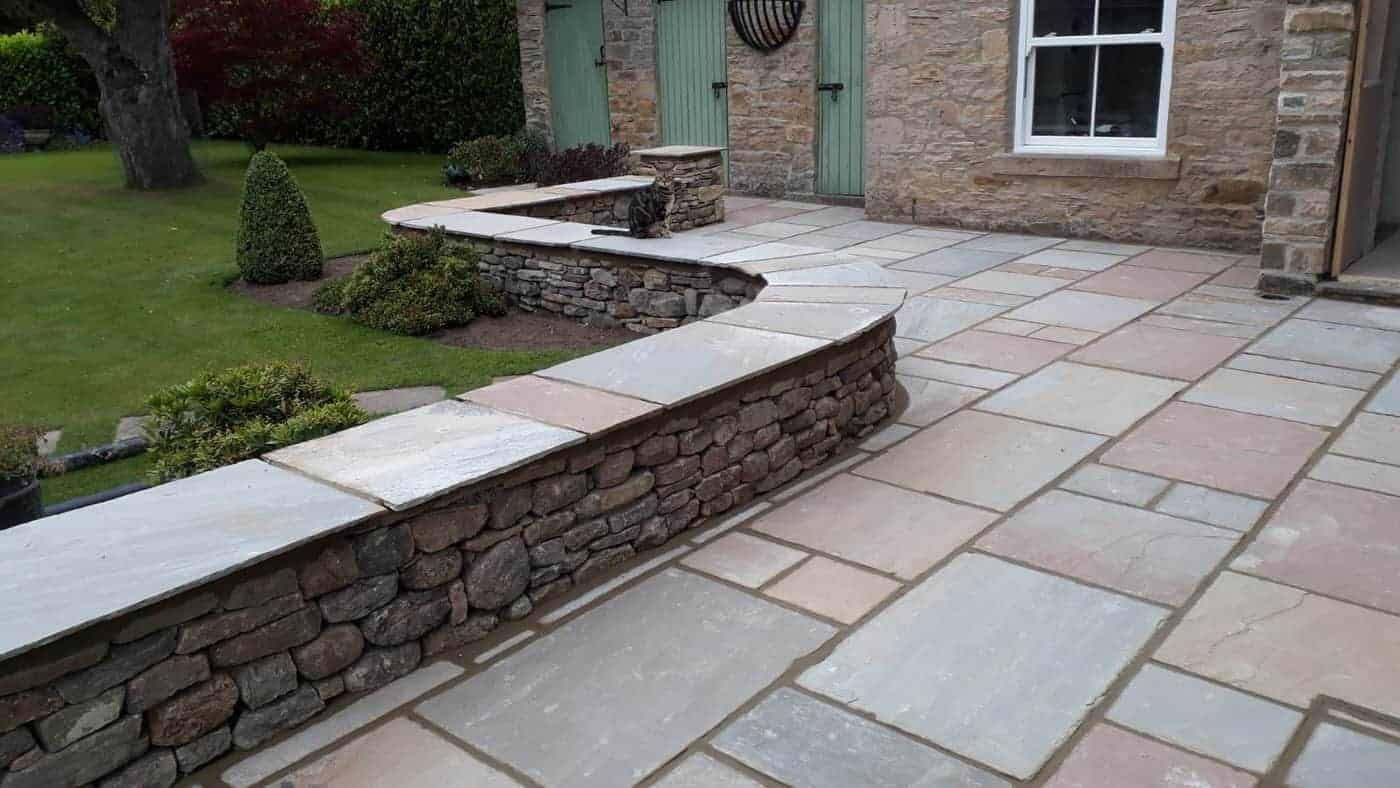 The custom originally got in touch with us to ask our help in sorting out problems they had with their extension they had build by another firm who wouldn’t return.

Unfortunately we had to remove the roof as when the wind got up the roof creaked and drafts were felt.

The roof was re-slated using Cupa R12 high slates which we alway suggest to use due to their quality.

Next we hacked out the cement pointing to the rear of the house and repointed in a 3;1 sand & NHL (lime) mortar.

We removed the existing porch front wall and polycarbonate roofing sheets and rebuild front wall with new size openings for the new plastic door and window to go in.

The porch and utility roof was re-slated using the existing slates but we added a Velux roof light to the porch for added light.

The garden was the final job which involved building a curved dividing wall which separated the large garden and newly laid Indian paving patio which we think works great .